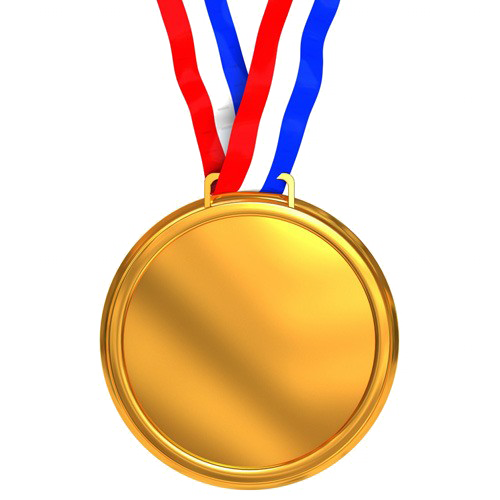 From February 7-9, 2020, the Timmins Ringette Association sent 2 competitive teams to compete in the 39th annual Ringette A Tournament in Guelph, Ontario.

The U19A Timmins Tornadoes entered the Tournament undefeated to date in round robin ranking Provincially, but knew that this weekend would bring the added challenge of playing against most of the strongest teams in Ontario.

Fuelled by a strong desire to continue to push for success, the Tornadoes’ started off strong on Friday against their first opponent from Waterloo.  Timmins scored three goals in the first period and three in the second, on route to a solid 6-1 victory. On Friday night, Game #2 brought a tougher game against a very familiar opponent from the Ringette season in Richmond Hill.   All of the previous matches had been close and very competitive, and this one did not disappoint. Richmond Hill pressed Timmins for most of the first period and got ahead 2-1 early on, but the Tornadoes stormed back as they have all season and closed the first period with a 3-2 lead.  With team focus and determination, and the outstanding goaltending of Emilie Robert, Timmins scored another goal in the final period to win 4-2.

Saturday brought the next round robin match against highly ranked Oshawa. This game was set to be a huge test for Timmins since they had not previously played against this strong team.  Timmins struggled with their execution of plays as well as in catching their passes. Oshawa took full advantage in building an impressive 5-2 lead in the first period. The Tornadoes played much more cohesive in the final period and tried to come back by scoring two goals, but in the end, lost their first round robin game of the year 6-4.  It was a good test of mental fortitude for Timmins, as they knew that there was not much separating the top ranked teams in the Province. However, the loss proved even more costly when it was learned after the game that Goalie Emilie Robert suffered an injury that would take her out of the remaining games. Sunday morning brought their final round robin game against Sault Ste Marie.   Timmins executed the game plan perfectly in this one, and went on to a solid 8-1 win. They were backstopped by the solid goaltending of Kitchener goalie, Emily Godfrey. Arrangements were made on Saturday evening with the local association to have Emily added to the Timmins roster on an emergency basis. Thank you to both Emily’s family and the local association for their help.

The Tornadoes finished with a record of 3-1, and second in the tournament standings to Oshawa and their record of 3 wins and 1 tie.  This set up a much heralded rematch between the two teams in the Sunday afternoon final. Timmins knew that they had their work cut out for them against a very tough and disciplined opponent, and that they had to play strong defence in front of their new goaltender. Oshawa opened the scoring early on a goal from Palania Bradley.   Timmins came right back on a snipe from Marie Bourdage-Cote.   Oshawa then went up 2-1 on a score from Hana Kennedy.  The Tornadoes replied again on a nice individual effort from Sydney Dagenais.  The back and forth scoring continued on goals from Oshawa’s Corliee Ainsworth and Dagenais’ second of the period.    Oshawa kept up the pressure and added two more goals in the last 5 minutes to end the period up 5-3. Timmins huddled during the short break between periods and planned for a better strategy aimed at getting themselves back in the game.  They did just that in using their speed, discipline, and great goaltending to stifle the Oshawa offence and get back in the game with wave after wave of offensive force. The end result was that they held Oshawa to only one goal in the final period, while shocking their opponent by scoring 5 goals of their own (Sydney Dagenais, Kara D’Arcangelo, and three from Marie Bourdage-Cote) on route to a well earned 8-6 victory and the tournament Gold medal.

For the Tournament, the Tornadoes were led by Sydney Dagenais (19 points), Marie Bourdages-Cote (12 points), Emilie Viel (9 points), Kara D’Arcangelo (8 points), Gabriele Larocque (6 points), Melina Verreault (6 points), Jordyn Bartolomucci (4 points), Sarah Deforge (3 points), and Hailey Brousseau (3 points).  Karine Trudel, Renee Viel, and Amelie Mainville contributed strong defensive efforts. Coach Rick Dagenais commented that he was proud of the progress of this team throughout the year.  He found his  Tornadoes "showed resiliency adaptability to situations beyond our control over the weekend,  something that we lacked in the past.  We really improved our play when we don't have the ring. That is the key." said Coach Rick. 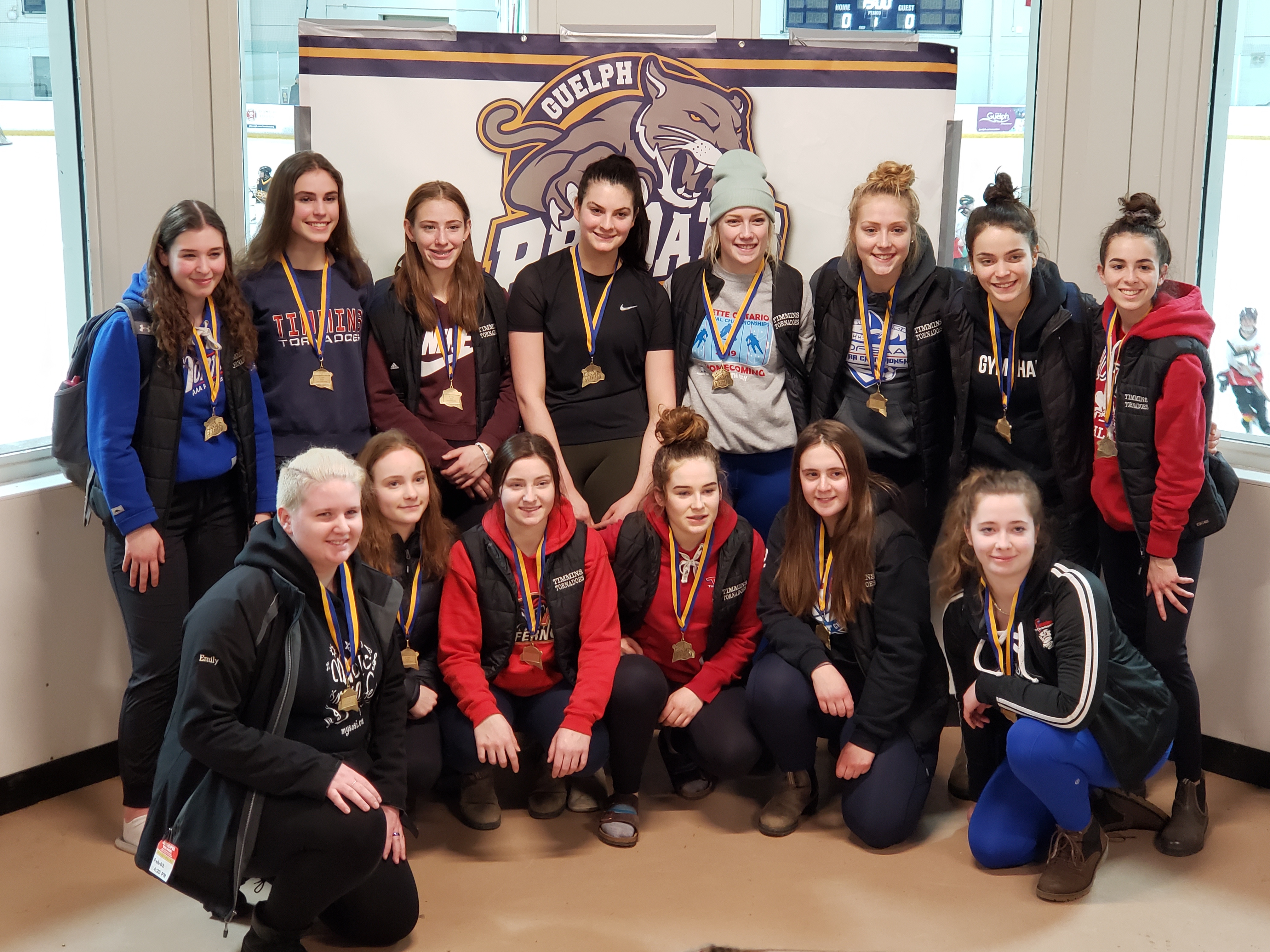 The U16A Timmins Tornadoes also competed in this tournament.   The team was ranked among the top teams in Ontario coming into the weekend.  They had a strong weekend in building a round robin record of 2 wins, 1 loss, and 1 tie.   The team’s chance to play for Gold in the final came down to the last game on Sunday morning against well known rival, Forest.   Forest came out flying and pressed the Tornadoes in going up 7-2 by the mid point of the final period. But Timmins, like they have done all season, refused to give up.   They scored 4 successive goals in climbing back to 7-6, but despite feverish pressure at the end, were unable to score the equalizer. The officiating was controversial in this game and the U16A squad lost a lot of their momentum with three penalties called against them in the latter part of the match.  Timmins went home without a medal but Eric Letourneau and his coaching staff were very proud of the team’s total effort and never quit mentality. “The girls played their heart out and made us extremely proud. They fought their way back in 2 of the 4 games”. The team remains on top of the Provincial rankings for their Division in Ontario; tied with Forest.

Both Timmins teams are now focused on the Provincial A tournament that takes place in Ottawa from March 19-22, 2020.

For more information regarding the Timmins Ringette program, find us at timminsringette.com or on our facebook page.

Manage your identity from the palm of your hand to the top of your desk.